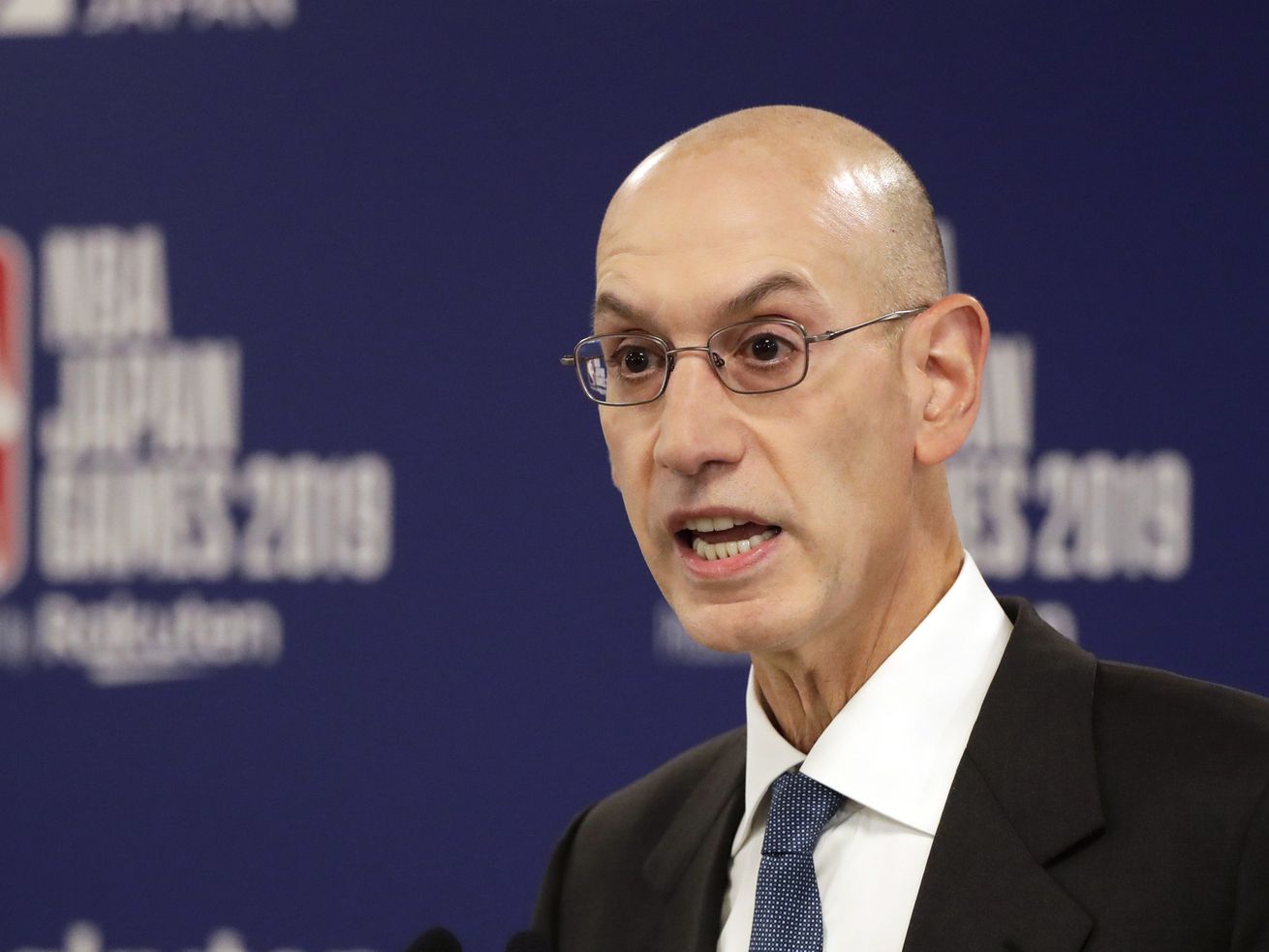 FILE - In this Oct. 8, 2019, file photo, NBA Commissioner Adam Silver speaks at a news conference before an NBA preseason basketball game between the Houston Rockets and the Toronto Raptors in Saitama, Japan. A person familiar with the negotiations says the NBA is working with the players’ union and its teams on a plan to shorten the regular season, possibly to 78 games. (AP Photo/Jae C. Hong, File) | AP

SALT LAKE CITY — The NBA and the National Basketball Players Association are continuing planning for the bubble city at Disney World in Orlando. This time, the sides are progressing on a plan that would allow players to bring family members into the bubble city, according to ESPN’s Ramona Shelburne and Adrian Wojnarowski.

Reporting with @RamonaShelburne: The NBA and NBPA are progressing on a plan that would allow for a limited number of family members to eventually join players for the season's resumption inside an Orlando bubble environment. https://t.co/sudLMPGdPm

Discussions have been centered around when family members could arrive at Walt Disney Resort in relation to when players arrive and when play resumes.

Players are expected to arrive in Orlando in mid-to-late July, although no official date has been announced, and no schedule for games or a format have been decided.

It is expected that a limited number of family members would begin to arrive after the first wave of teams has left Orlando to return home, whether that’s after a handful of regular season games, or the first round of playoff games.

Additionally, the NBA informed teams on Wednesday that players who are currently residing internationally will be granted clearance to re-enter the United States, regardless of travel restrictions.

NBA commissioner Adam Silver is set to have a conference call with league general managers on Thursday and then the NBA board of governors on Friday. Though those meetings will surely deal with the planning process for resuming the season, according to multiple reports it’s not expected that the meetings will result in a final decision as far as format or schedule are concerned.

The Naismith Memorial Basketball Hall of Fame has postponed the enshrinement ceremony for the class of 2020 to the spring of 2021 due to the coronavirus pandemic, according to ESPN’s Jackie MacMullan.

“We’re definitely canceling,” Jerry Colangelo, chairman of the board of governors for the Hall said. “It’s going to have to be the first quarter of next year. We’ll meet in a couple of weeks and look at the options of how and when and where.”

Originally scheduled for the end of August, this year’s Hall of Fame class is one of the most star-studded, including Kobe Bryant, Tim Duncan, Kevin Garnett and Tamika Catchings.