I Organized our Embroidery Floss into a Card Catalog 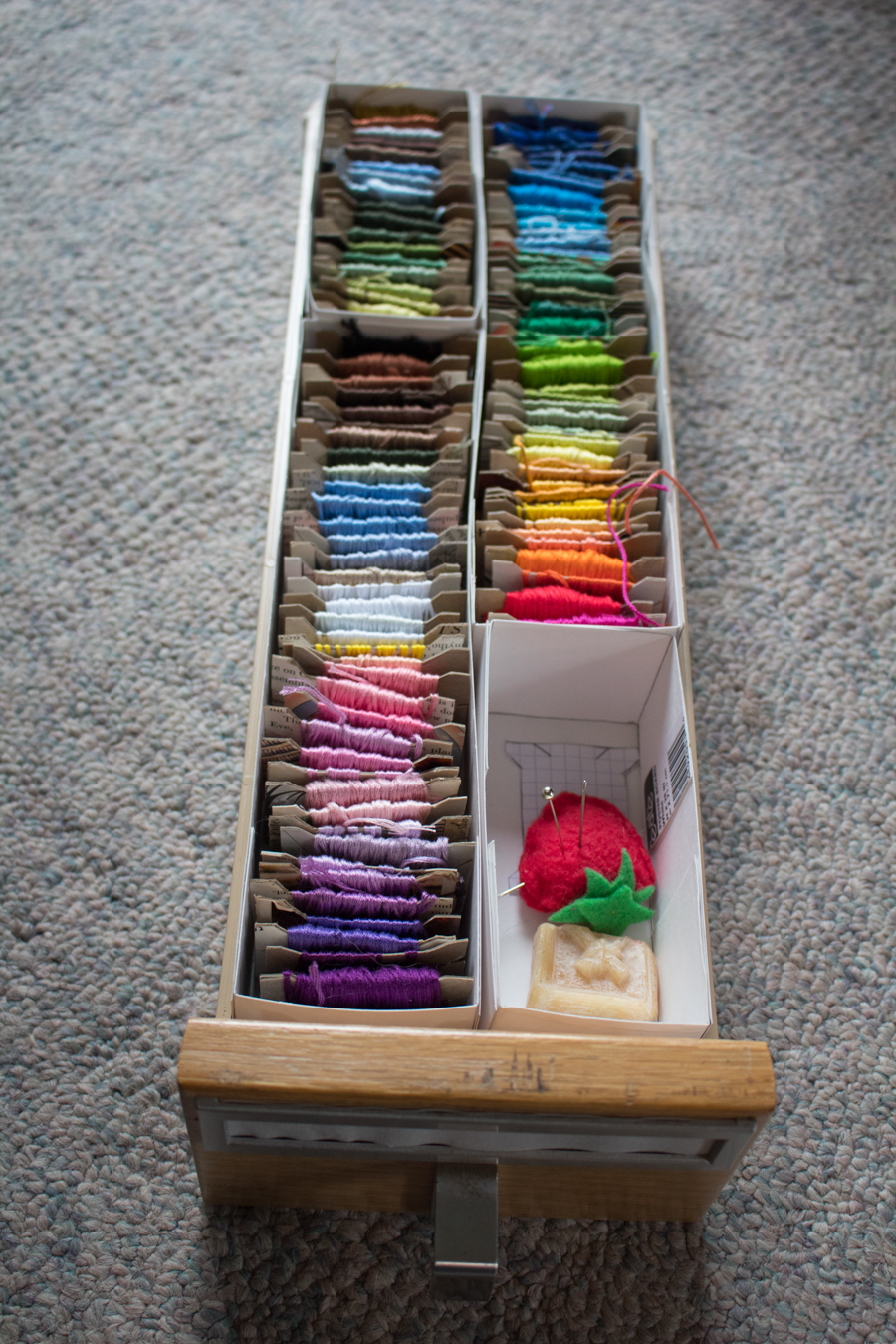 We're not really Architectural Digest over here. I know, because Will's obsessed with their videos!

To be honest, I only really care about organizing something when it effects the children's functionality. I don't mind opening every single drawer and poking into every single cupboard to look for the one thing that I want (well, I *mind*, but not enough to change my behavior...), but I VERY much mind the kids having to do the same thing when all they really want is to use the tool they're looking for to create something cool. It doesn't take much frustration like that before the kid just gives up and does something else.

They always know where their video games are!

So when Will got onto a friendship bracelet kick, and then Syd got interested in embroidery, I wrote on my to-do list the task of organizing our embroidery floss stash. It was a giant tangle of embroidery floss, because of COURSE it was, and stored in 1) a vintage sewing box of my grandma's (honestly, the tangled embroidery floss in that box probably WAS my grandma's!), 2) a cardboard box, and 3) a plastic shopping bag, because I am literally that classy.

Here's my inspiration for my beautiful card catalog organization! Using my card catalog to organize the embroidery floss hadn't occurred to me before I saw this post, but as soon as I saw that top picture, I was all, "YES!!! I CAN DO THAT!"

And bonus points: the poster board that I wanted to use to create the little in-drawer organizers was still laying chaotically on the floor of the homeschool closet, after the kids and I had used some of it for a project... a while ago. 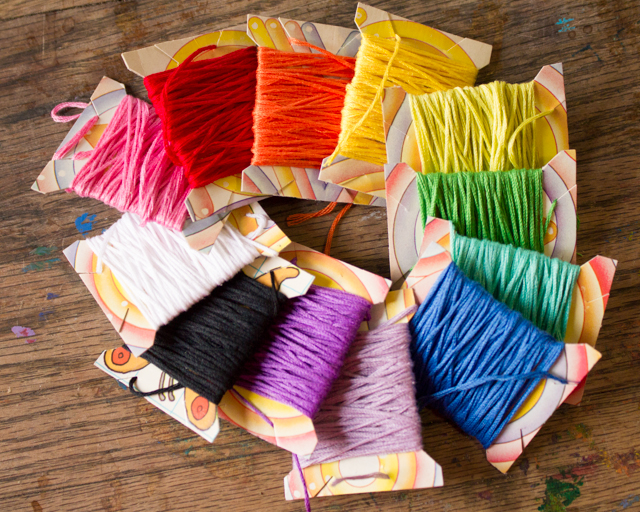 --to make sixty more spools from old record album covers--at this point, I've only got a vintage Nutcracker record album cover left in my stash, so yay for upcycling! I'm going to have to start collecting empty macaroni and cheese boxes, though, to fulfill my constant need for cardboard for crafting. 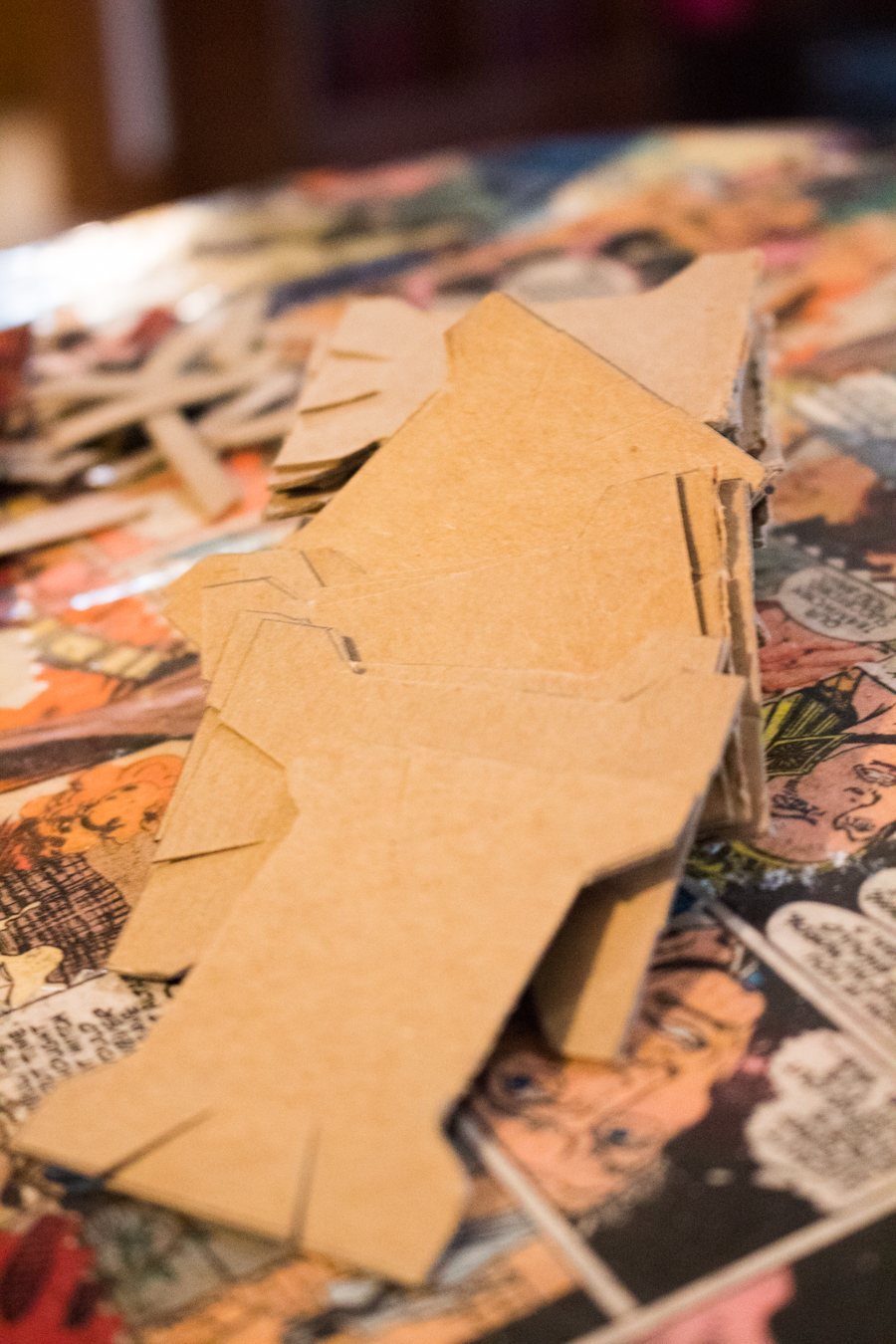 r/HobbyDrama taught me that DMC floss has perfect consistency between dye lots, so I did label all of our DMC flosses, just in case that knowledge comes in handy one day. Otherwise, Syd organized the flosses for me so that they look pretty, and now all of our embroidery floss is neatly wrapped around spools tidily arranged in posterboard organizers that are stored out of sight in a single labelled card catalog drawer.

Hell, I'm going to have to organize all the other card catalog drawers now, aren't I? At least I have plenty of poster board left!