For all you mystery fans at home keeping score, Agatha Christie would have been 131 years old on September 15 this year. (Well, okay, probably not, seeing as how people don’t live that long.) But still, in honor of her birthday, it is my great pleasure to share with you some of the best references to Agatha Christie in contemporary literature and pop culture!

In case you are the rare person who isn’t familiar with Christie, allow me to fill you in. She is considered the Queen of Crime, and her most famous characters are the detectives Hercule Poirot and Miss Jane Marple. She is one of the best-selling writers of all time, with 66 mystery novels and 14 short story collections translated into over 100 languages. Her works have been adapted into dozens of films, television movies and series, and even one of the longest-running plays in history. And she is credited with influencing hundred of writers to this day.

I myself am a huge fan of Agatha Christie, having read all her books several times, so it was only natural that I write this post. When I was a weird kid (as opposed to a weird adult), I convinced myself that I must have been Christie reincarnated, because I loved her books and was great at guessing the killer. And I loved learning about Ancient Egypt, just like she did. To this I now say: LOL. (As they say in Bull Durham, why are people only the reincarnation of famous people?)

So for all you other Christie fans out there, or for anyone who is interested in seeing some of her influence and mentions in our world today, here is a post about some of the best references to Agatha Christie in contemporary literature and pop culture! 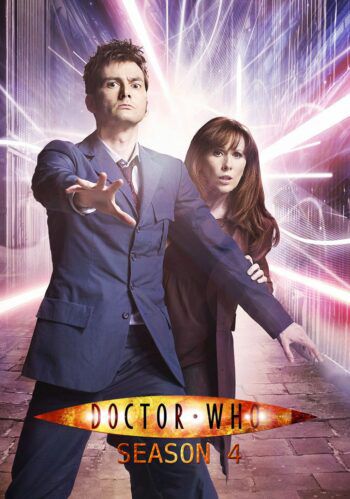 The Unicorn and the Wasp, Doctor Who S4, Ep 7

This is probably my favorite Christie appearance in all of pop culture, because it uses Christie herself and the story of her famous disappearance. The Doctor and Donna travel to a time where they meet the famous author and battle giant wasps (which is a way better explanation for Christie’s real-life disappearance than cheating husband troubles.) Also, see if you can catch all the titles of Christie’s books that are worked into the dialogue! 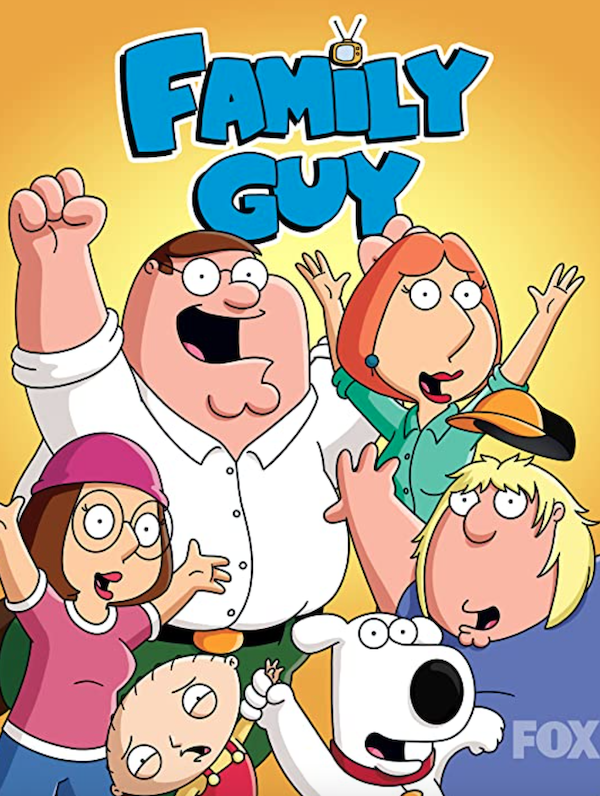 And Then There Were Fewer, Family Guy S9, Ep 1

This episode is a send up of one of Christie’s most famous novels, And Then There Were None. The novel is isolated mystery about strangers trapped on an island who are murdered one after the other. Except in this episode of the animated Fox show, it’s the residents of Quahog who are invited to a mysterious party. But don’t worry, there’s still murder. 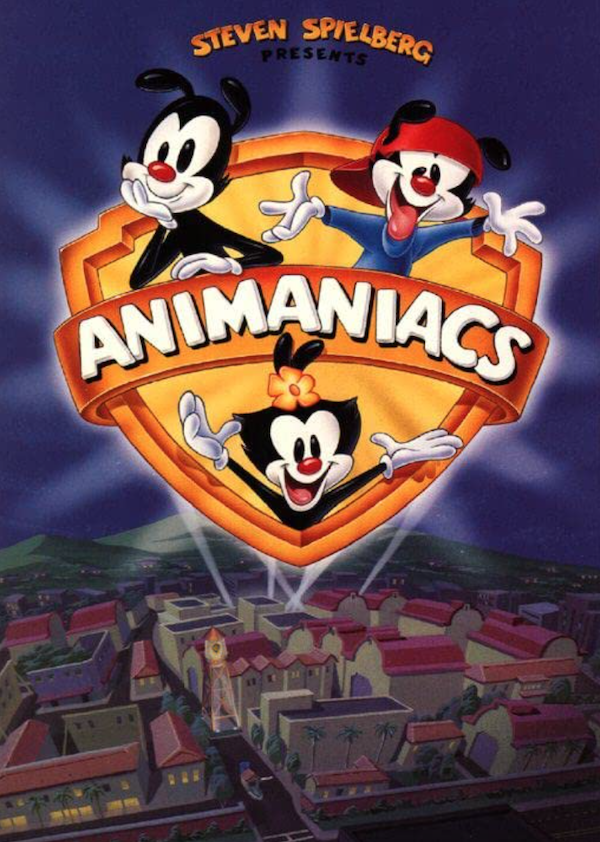 And this is another spoof of an Agatha Christie–style mystery story, with the Warner children playing detective aboard a cruise ship. But honestly, I like to mention this episode whenever possible, because it contains the most spectacularly dirty joke I’ve ever heard slipped into a children’s cartoon. 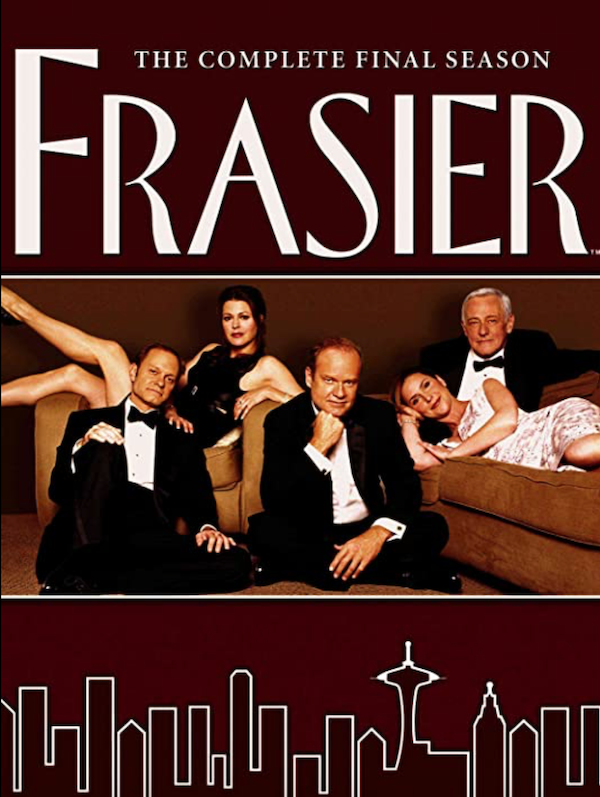 If you’ve seen Frasier, you know how much Frasier hates his father’s unsightly green-and-duct tape chair sitting in his living room. At the end of the first season, Frasier takes an opportunity to get rid of Martin’s favorite chair and he buys him a new one. But Martin is angry about the loss of his chair and Frasier has to get back. Unfortunately, it has been donated to a high school production of And Then There Were None. And the only way they’ll give it back is if Frasier agrees to appear in the play. (Apropos of nothing: I chose this cover image because it was the exact cover on the edition I read when I was eight, which was my very first time reading Agatha Christie.) 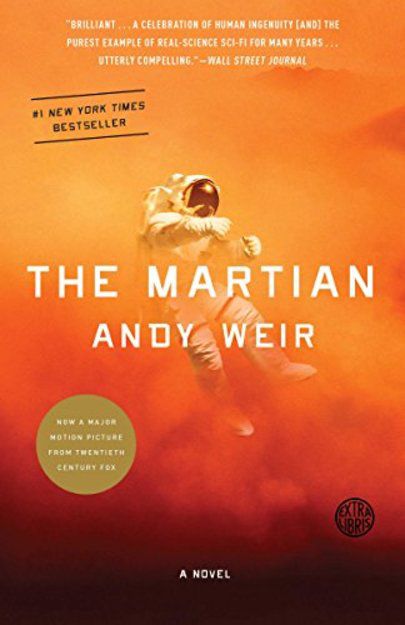 The Martian by Andy Weir

While stuck on Mars by himself, astronaut Mark Watney reads Christie’s first novel, The Mysterious Affair at Styles, to keep himself entertained. While being stranded on a planet with a book sounds great, are mysteries really the best choice? It must make rereads awfully tiring once the identity of the killer has been revealed. 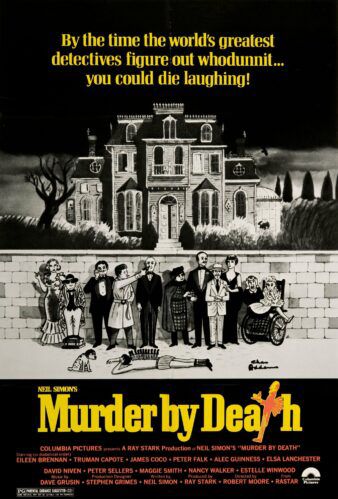 While maybe not really current pop culture, this movie was a big hit in its day, and is a satire of Agatha Christie books. It features two actors who played other famous detectives: Peter Falk (Columbo) and Peter Sellers (Inspector Clouseau), as well as Eileen Brennan, who also appears in the Clue movie, which is itself based on a board game that was inspired by Agatha Christie. 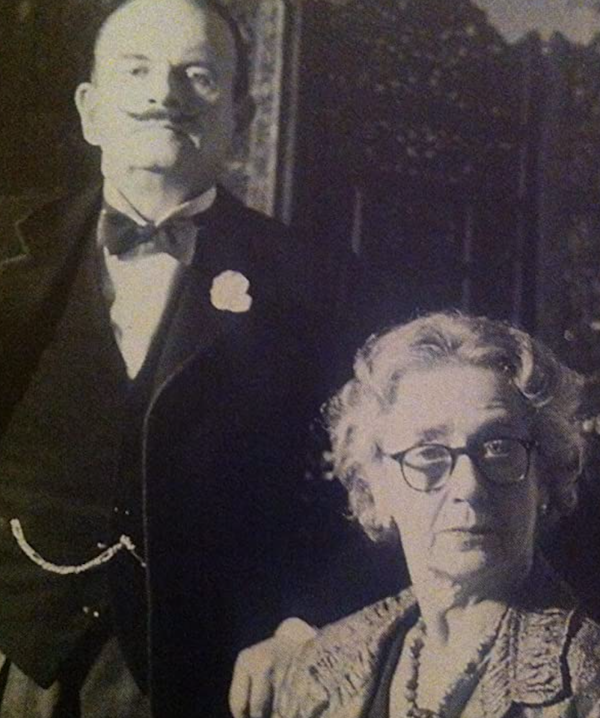 This is a little-known television movie from the 1980s which features some big-name actors, like Ian Holm and Peggy Ashcroft. In it, Hercule Poirot is murdered and it looks like the killer is none other than Agatha Christie herself! She did really grow to despise her most famous character, at one point calling him “a detestable, bombastic, tiresome, egocentric little creep.” And since Christie hated most every adaptation of her work, she would probably hate a movie in which she was a suspect even more. 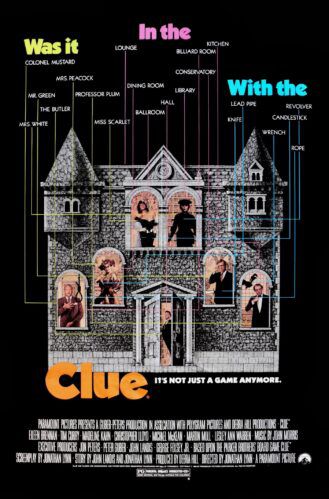 This classic film is based on the Clue board game, which was influenced by Agatha Christie novels. In the game — and the film — the solution is who killed Mr. Body, with what implement, and where in the house it happened. You might have watched this film thinking it was cool there were three possible solutions. But did you know that it’s because the movie was shown around the country with three different endings, before they were all brought together for its video release? 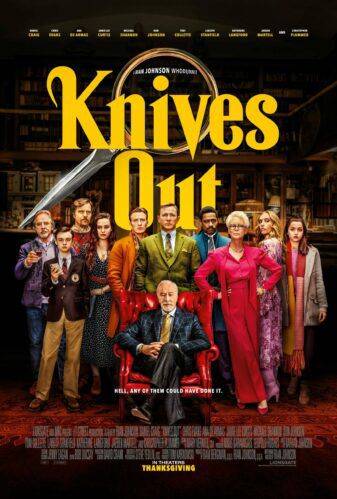 And this is another Christie-inspired story, done marvelously well. A very rich author is found murdered, and his household is full of suspects. Was it the angry son, the ungrateful grandson, the greedy daughter-in-law? It’s up to the eccentric detective Benoit Blanc to get to the bottom of the mystery. There are currently two more Benoit Blanc mystery films in development, with another slew of famous actors attached to them. 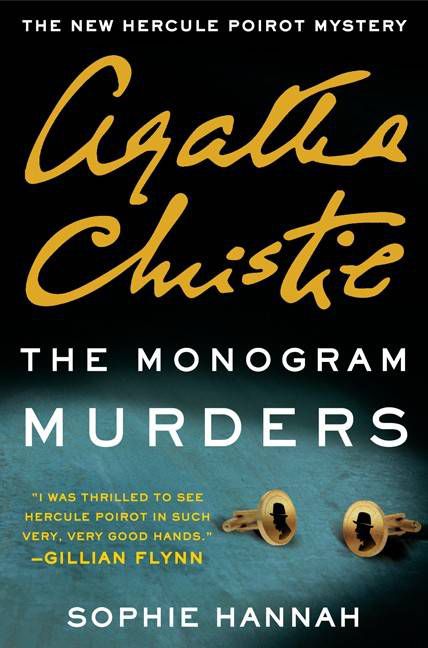 The Monogram Murders: A Hercule Poirot Mystery by Sophie Hannah

This is the first in a series of new Poirot mystery novels that were sanctioned by the Christie estate. Hannah, a famous mystery writer on her own, continues the story of the Belgian detective and his little grey cells. In this book, the first of four (so far), Poirot receives a call from a frightened young woman, begging him to solve her murder. 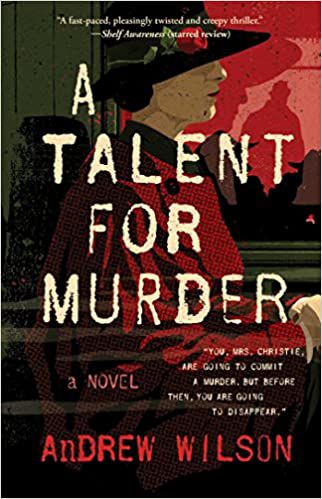 A Talent for Murder by Andrew Wilson

This book, also the first of four so far, makes use of Christie’s famous disappearance and frames it as a case of blackmail and murder. Christie appears in all the books in the series as a detective herself. 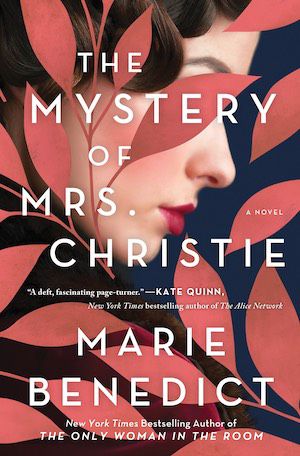 The Mystery of Mrs. Christie by Marie Benedict

And this is also a fictional take on what might have happened to Agatha Christie on those 11 days she was missing in 1926. In this novel, the author has discovered her husband is cheating, but is he also later responsible for her disappearance? 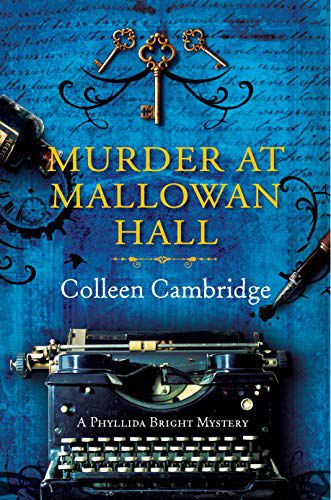 This is an upcoming mystery set at Agatha Christie’s home, but it is not investigated by the author herself. Instead, when a dead body is found in Mallowan Hall, it is her brilliant — and secretive — housekeeper Phyllida Bright, along with some help from the chauffeur, who is on the case! 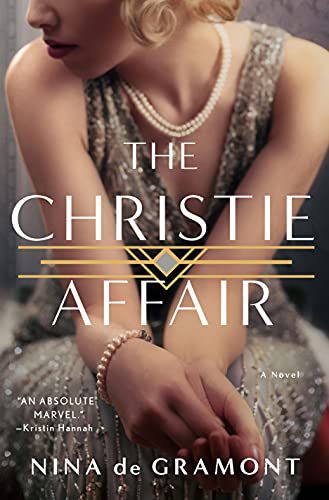 And, last but not least, yet another book speculating on Christie’s disappearance. I have not read this upcoming novel yet. But from the description, it sounds like it might focus more on Nan O’Shea, the woman with whom Christie’s husband was having the affair that broke up the author’s first marriage. (Don’t worry, she then married a younger man, an archeologist, and she was much happier.)

!doctype>
Back to Feed
Use left/right arrows to navigate the slideshow or swipe left/right if using a mobile device