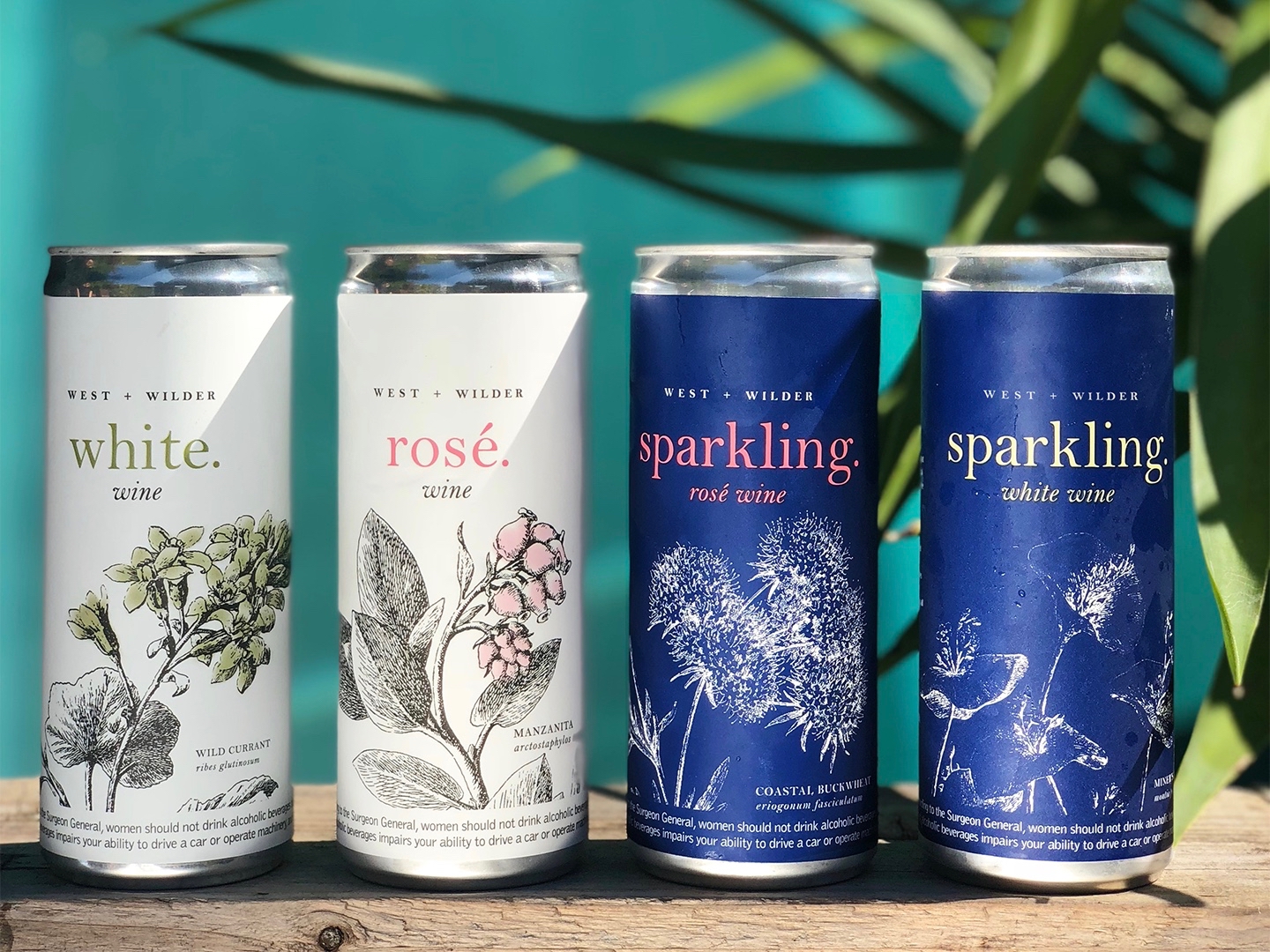 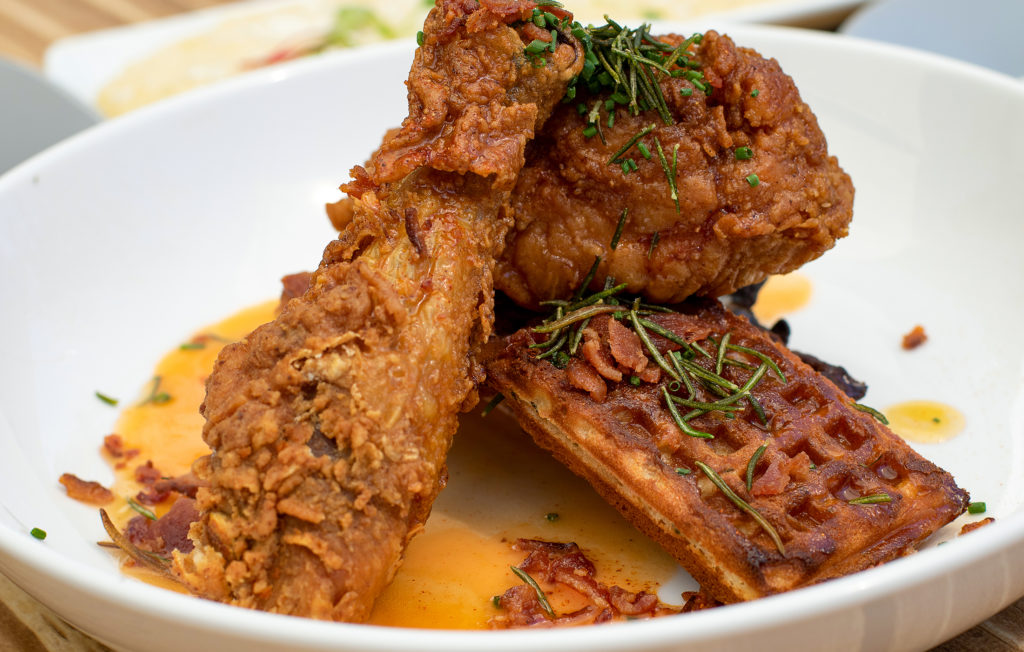 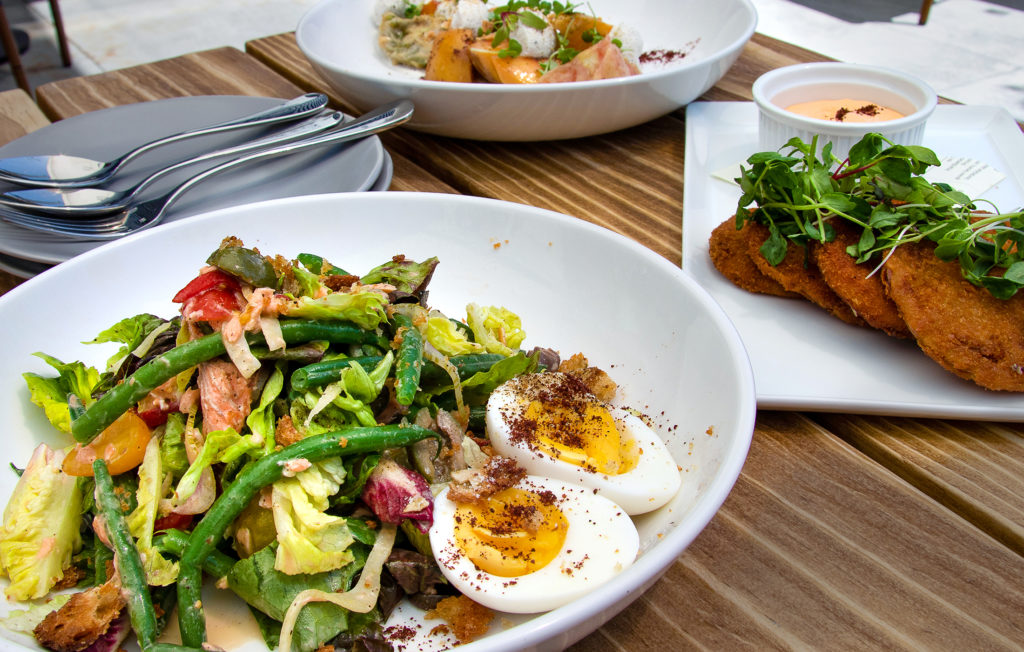 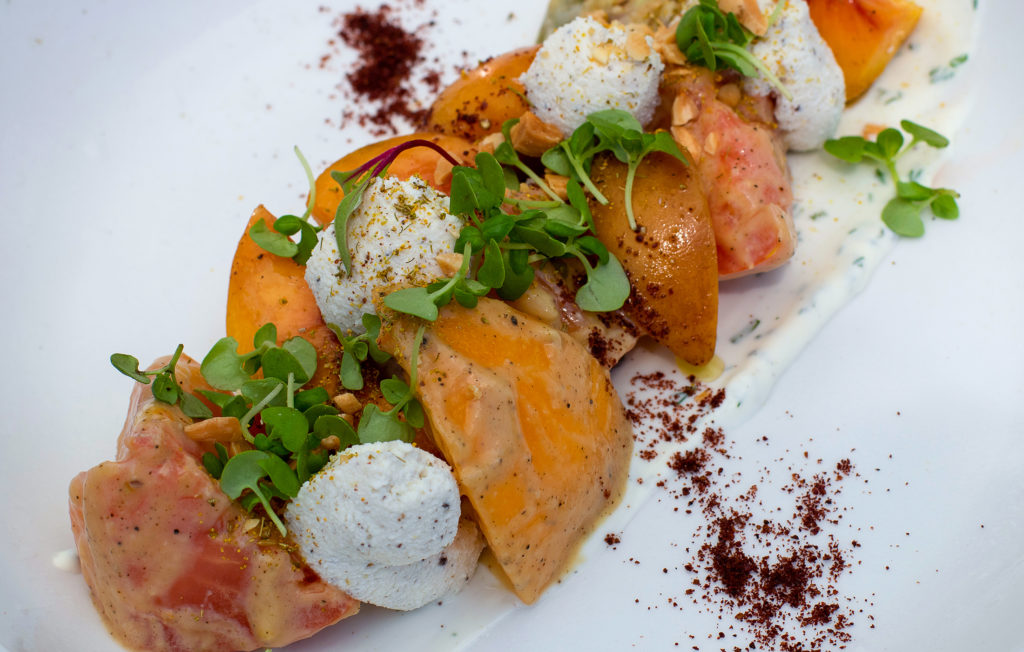 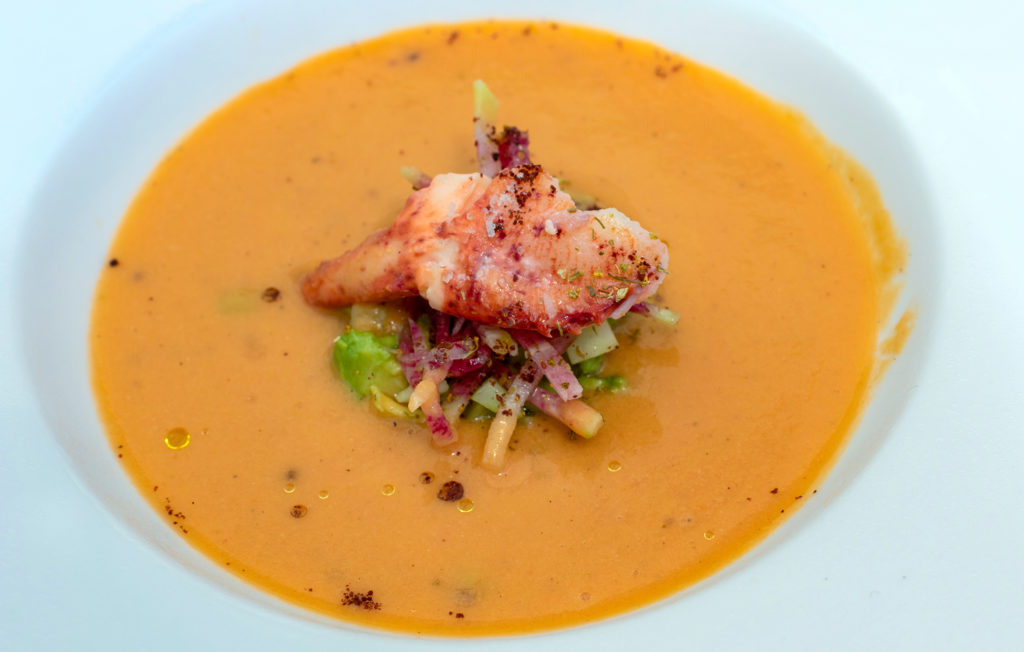 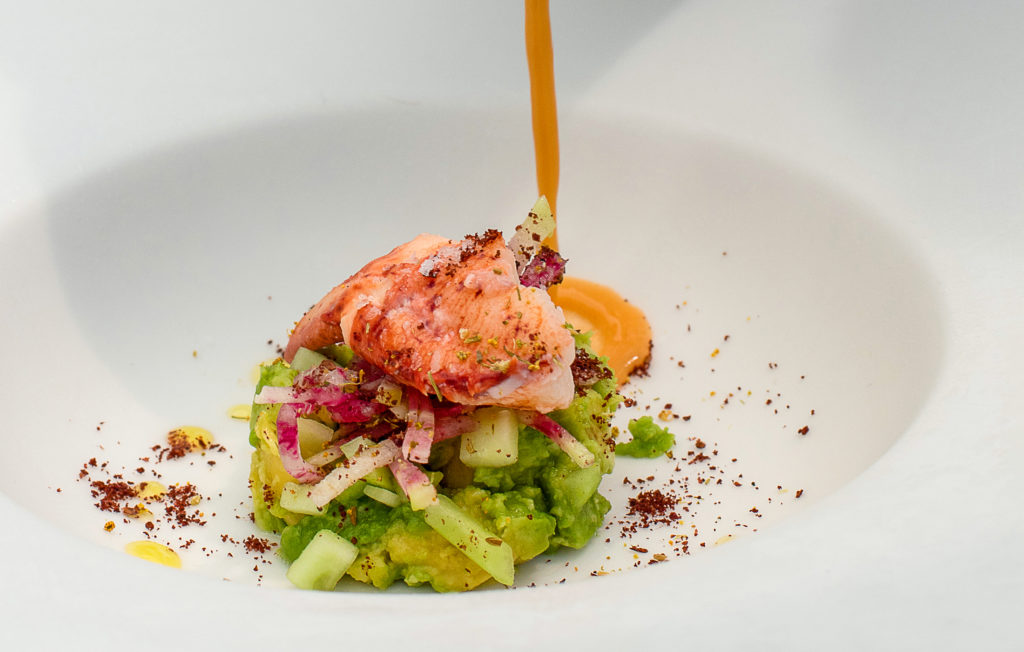 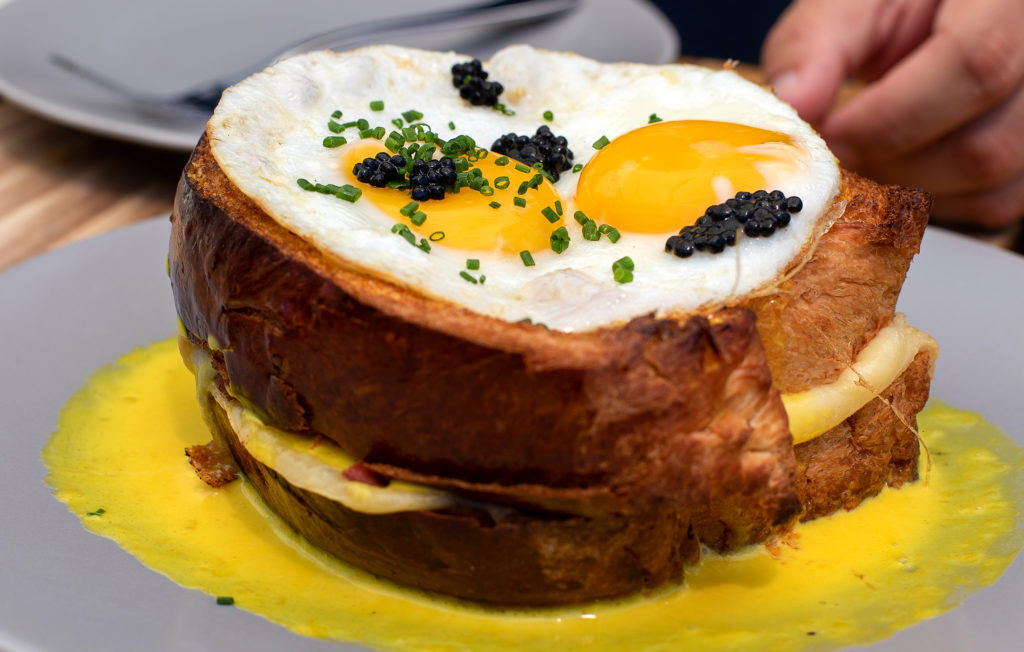 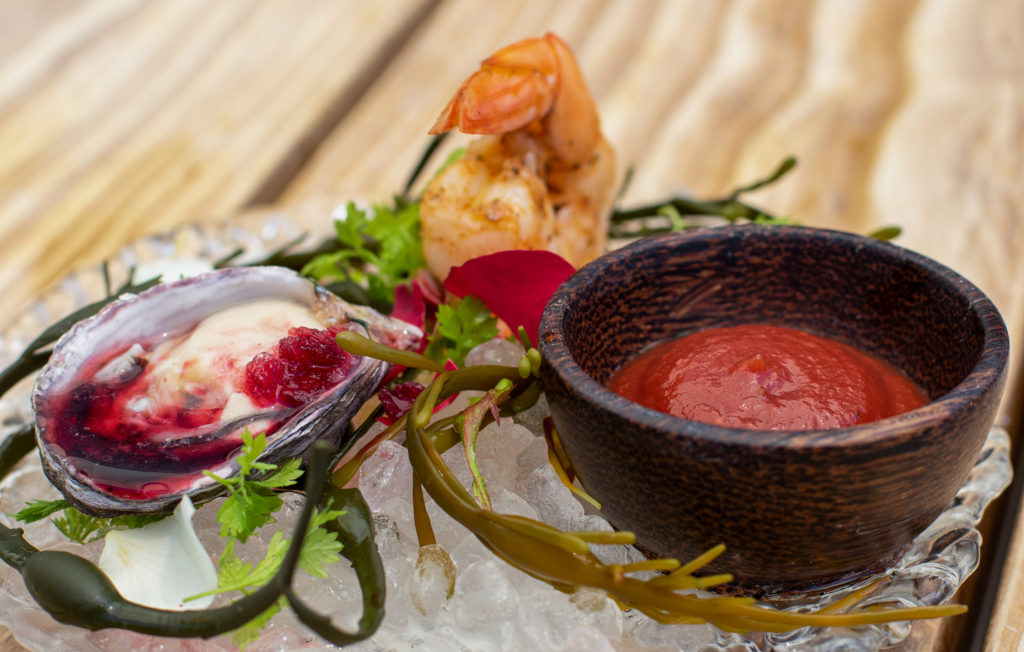 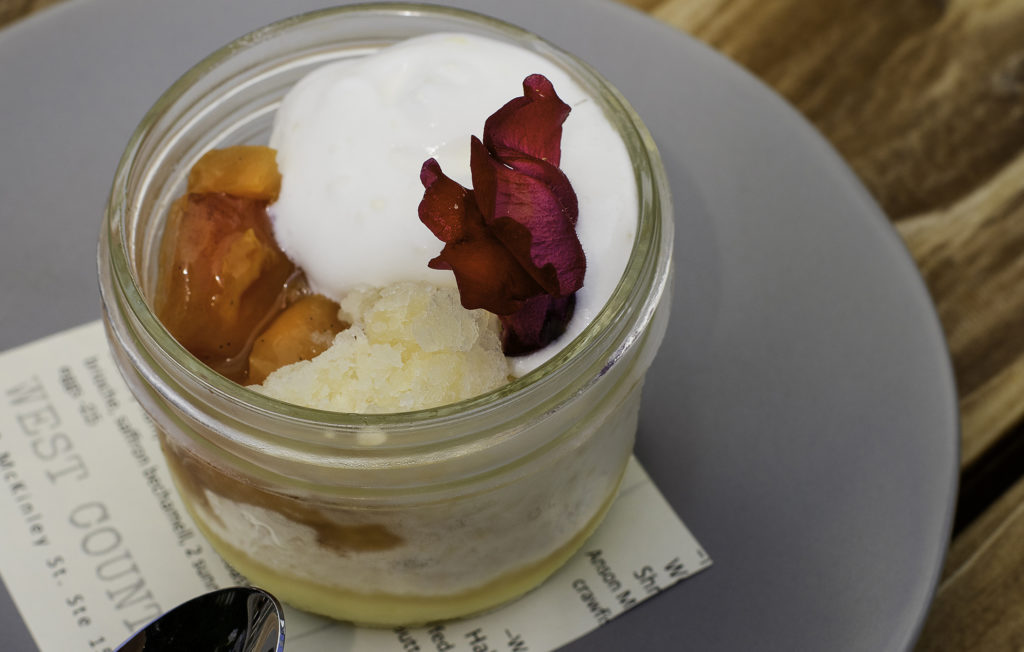 It wasn’t a fluke that the Maker 2019 Mendocino Viognier, packaged in a 250-milliliter can, won a gold medal at The Press Democrat’s North Coast Wine Challenge in July. Produced by Campovida Wines in Hopland, the viognier in its canned format came from Maker Wines in Marin County, a new company founded by two Stanford University business school grads. Their goal: to put traditionally bottled wines in single-serve aluminum containers that appeal to outdoor enthusiasts, recycling and sustainability proponents and millennials seeking unusual wines.

Closer to home, several Sonoma wineries now put fine fermented grape juice — paired with winemaking expertise — in cans, obliterating the notion that tinned wines are made only from low-grade grapes and sold for cheap at prices that reflect the mediocre contents. These easy-access, single-serve wines are worth seeking out, particularly now as hiking, picnicking, trips to the coast and other physically distanced activities have become increasingly popular.

Pandemic or not, the additional benefits of canned wines are many. No tools are necessary to open them. They are lightweight, fit neatly into backpacks and saddle bags — even cargo pants — and once empty, crush down to a tiny size. They’re entirely recyclable with a lower carbon footprint than glass. They’re impervious to damage from light and won’t shatter when dropped on the pool deck.

Many Sonoma canned wines are vintage-dated and appellation-labeled. Pressure-sensitive, wrap-around labels give designers a broad and textured canvas for artwork. The wines tend to be made with no or limited use of oak, which can obscure freshness of aromas and fruit flavors. By keeping levels of sulfur dioxide (a preservative) as low as possible at the canning stage, winemakers prevent the skunky character wines can have when SO2 reacts with the polymeric liner and aluminum.

“In the past, wines weren’t made for canning,” said Matthew Allan, co-founder, with Kenny Rochford, of West + Wilder Wines in Santa Rosa. “In the rush of entrants, the same wines that were going into sub-$10 bottles were put in cans with an expectation of a similar outcome. But canned wines need to be produced differently. They need to be refreshing and bright, with low sugar and low sulfur … and good fruit.”

Here are six Sonoma producers of tasty canned wines, all of them perfect for your next hike, family pool party and single-serve sipping at home, kept cool by a koozy. They may not be the perfect wines for all occasions, although they can be perfect wines for the right occasions.

Healdsburg’s Alexis and Matt Iaconis got into the tin game a few years ago. To counter their high-end $50-range bottled sparkling wines, chardonnays, pinot noirs and cabernet sauvignons, they created a line of canned wines so solid that the couple landed a contract to supply wines to San Francisco’s Chase Center, home of the Golden State Warriors, when the arena reopens after its pandemic shutdown.

Four of the five wines, in 375-ml cans and bearing the California appellation, are bright and lively, super-clean and refreshing. Two are sparklers — white and rosé. They’re lightly carbonated and the bubbles linger, whereas some canned sparklers go flat soon after the tab is pulled. The still wines, a white blend and a red blend, are a bit weightier, yet still crisp and easy to drink.

The red, labeled Rouge, is a marvel with spicy aromatics and a juicy palate of dark cherry and plum. Cabernet franc, syrah and pinot noir grapes were fermented in stainless steel using native yeasts and aged in older barrels. One would be hard-pressed to tell this wine didn’t come from a glass bottle.

All canned wines are $6. Purchase from the website and at select retail stores.

Filmmaker Francis Ford Coppola introduced his canned sparkling wines in 2004, Sofia Minis, named after his daughter, Sofia Coppola. The little cans were raspberry in color, polymer-lined and came with a straw taped to the side. Sipping fizz out of a mini straw defeats the purpose of enjoying the tickle of the bubbles, though fashion certainly won out over function in the early days of Sofia.

Sofia, the woman, is all grown up now and a movie maker in her own right. A line of 750-ml bottled wines also carry her name and they’re quite good. The simpler minis remain, though improvements in liners and can design and the ability to fill cans at the Geyserville winery (the first minis were canned in Indiana) have lifted the quality considerably.

Coppola’s Sofia California Blanc de Blancs Mini and California Brut Rosé Mini come in packs of four 187-ml cans and sell for $20 (still with straws). A 2018 Diamond Collection Monterey County Pinot Noir canned in Geyserville ($24 for a four-pack of 250-ml cans) is succulent, spicy and juicy, with no hint that it came from a can. Diamond Collection chardonnay, pinot grigio and sauvignon blanc also come in 250-ml cans, at $20 for four. Nationally distributed and available on the website.

Winesecrets, a multifaceted wine services company in Sebastopol, is behind this line of canned wines (plus a New York gin and tonic). Nomikai is the Japanese version of after-work drinks — perhaps small cans mean fewer headaches the next morning? Megan and Ryan Glaub, the wife-and-husband winemaking team at Ryme Cellars in Forestville, consult on this brand, and the two wines currently available are well worth a taste.

The nonvintage California Red, best served slightly chilled, is dark garnet in color and juicy, with dark cherry, tangy cranberry and earthy spice flavors. Moderately tannic, it still has enough structure to match well with burgers and grilled sausages. The California Rosé Fizzy isn’t pink but rather orange-salmon and not all that carbonated. But it’s delicious and refreshing, tangy and citrus-laced.

Each wine sells for $96 for 24-packs of 187-ml cans, the equivalent of $4 a can and enough wine to fuel a large group. This new brand is working its way through retail channels; for now, order on the website.

In the 1980s, Iron Horse Vineyards founders Barry and Audrey Sterling created Tin Pony as a second label to their main brand, using grapes from young vines that had not yet fulfilled their promise. Tin Pony wines came in glass bottles, of course, and Iron Horse later achieved so much success with its sparkling and still wines from Green River of Russian River Valley that they were able to put Tiny Pony out to pasture.

But the Sterlings’ daughter, Joy Sterling, who now manages the business with her brother, Laurence, has ponies back in the stable. That one of Sonoma’s most respected producers has moved to high-quality wine in cans suggests the category is for real, not a flash in the tin pan.

“We are re-imagining (Tin Pony) and establishing a luxury niche … in a fast-growing format,” said Joy Sterling at the Aug. 1 can launch, “giving consumers a different way to appreciate quality wine.”

The Tin Pony 2019 Green Valley of Russian River Valley Chardonnay ($48 for a four-pack of 250-ml cans) is the most polished wine in this series. It’s fresh and juicy, with layers of peach, green apple and citrus flavors, medium body and with good texture and length. It’s very similar in style to Iron Horse’s bottled, unoaked chardonnay ($32 for 750 ml), yet crafted for canning. Purchase at the tasting room or online.

William Allen and Karen Daenen are the shepherds leading this Windsor winery, which began as a hobby in 2010 with 175 wine cases. Production reached 3,200 cases in 2019, and their wines — particularly those made from Rhone Valley grape varieties — have won fans for winemaker Allen’s commitment to using organically and sustainably grown grapes, native-yeast fermentations, minimal sulfur and no new oak for wine aging.

This formula converted beautifully to canning his new 2019 Bucking Luna California Sparkling Cinsault, as easy to like as the shepherds’ adorable miniature donkey, Luna Donato, who was born four days before sheltering in place began in March. Allen blended a rosé of cinsault from Yolo County with a splash of carbonic carignan from Mendocino County for this robustly flavored, slightly spicy, moderately fizzy red wine. While white wines generally offer more refreshment than reds, this one does the trick, thanks to the light tannins and pert carbonation.

Each can ($11) is 375 ml, or one-half bottle of wine. Even though it’s low in alcohol at 10.5%, Luna herself packs a punch, depicted on the label as kicking at a suction-cupped coronavirus sphere. Purchase on the website.

Scribe Winery co-founder Andrew Mariani and his wife, Lia Ices, celebrated the birth of their daughter, Una Lou, by creating a canned wine in her name. While the Una Lou Carneros Rosé of Pinot Noir (made with Andrew’s brother, Adam) is not a Scribe product, it attracts the same millennials (and others) who love the Sonoma winery’s laid-back tastings, hip music playlist, unusual bottle shapes and excitingly oddball varietals such as sylvaner and St. Laurent, in addition to the more traditional chardonnays and pinot noirs.

The 2019 Una Lou Carneros Rosé of Pinot Noir is light watermelon in color and tastes of tangy raspberries and tart cherries, with a hint of citrus and a snappy finish. It’s light-bodied and direct, with a bit of earthy funk in the aroma.

The 11.5% alcohol wine sells on the website for $40 for a four-pack of 375-ml cans, the equivalent of two standard bottles. Can scaredy cats can purchase the bottled version for $20. A portion of the proceeds from Una Lou go to the Edible Schoolyard and The Center for Land-Based Learning.

Matthew Allan and Kenny Rochford met while working at Medlock Ames winery in Alexander Valley. Rochford went on to management roles at Kosta-Browne and CIRQ wineries, and Allan worked as a marketing and sales executive, with an MBA in sustainable management. The two wanted to work together and founded West + Wilder, as Allan said, “canning wines that someone who really appreciates wine will like.” The company also supports the group 1% for the Planet, with a portion of wine revenues going to such projects as Friends of Trione-Annadel State Park and environmental efforts in Yosemite National Park.

The wines, packaged in three-packs of 250-ml cans and priced at $18, are solid across the board, the most impressive being the American White Blend and Russian River Valley Pinot Noir.

The white, a mix of sauvignon blanc, chenin blanc, viognier, muscat and chardonnay ($17), offers plump, ripe cantaloupe, pear and white peach flavors and a hint of spice; the muscat lends an inviting honeysuckle aroma. The West + Wilder Russian River Valley Pinot Noir has wonderful spice on the nose and palate, along with dark cherry, cranberry, cola and sarsaparilla notes. It smells and tastes like pinot noir and should please pinotphiles for its true-to-type personality and price.

For a walk on the wilder side, try the Sparkling Rosé, racy and mouthwatering and with a gentle spritz of wild strawberry and watermelon flavors.

There is good West Coast distribution of West + Wilder wines; see the website for local retail sellers or to order direct. westandwilder.com

The post Canned Wines Are Having a Moment and These Sonoma Wineries Make the Best Ones appeared first on Sonoma Magazine.