Making his name in the fashion world, the legendary portraitist and his creative contemporaries were forecasting the future of the culture—and the modern American woman. 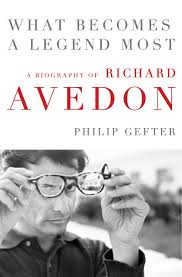 That summer was a fertile one for Dick—as everyone called Avedon—barely 23, fresh out of the merchant marine and already absorbing the enormous benefits of his new friendship with his housemates. Bassman, under the tutelage of the legendary design eminence Alexey Brodovitch, was the art director of Junior Bazaar, with whom Avedon was now working regularly. Himmel was a talented photographer who also had studied with Brodovitch. The two couples occupied a bare-bones cottage with no electricity or running water. They used kerosene lamps for light and pumped water from a well to wash their dishes and flush the outhouse toilet. And yet the absence of modern creature comforts hardly mattered.

In a way, the circumstances of Dick’s new professional life at Harper’s Bazaar had echoed his home life: Brodovitch was a dictatorial father figure; Carmel Snow, the magazine’s editor in chief, was as spirited and attentive as Avedon’s mother. Lillian and Paul, meanwhile—unconventional, provocative, and culturally alert—provided more than an ample surrogate for Avedon’s close cousin Margie, who, throughout his childhood, had been a precocious and cheeky coconspirator. Both Bassman and Himmel would turn out to be of enormous influence on Avedon, professionally and emotionally. Dick was now ensconced in an entirely new kind of symbiosis of work and play that challenged him with a set of growing pains tantamount to a cultural re-pubescence.