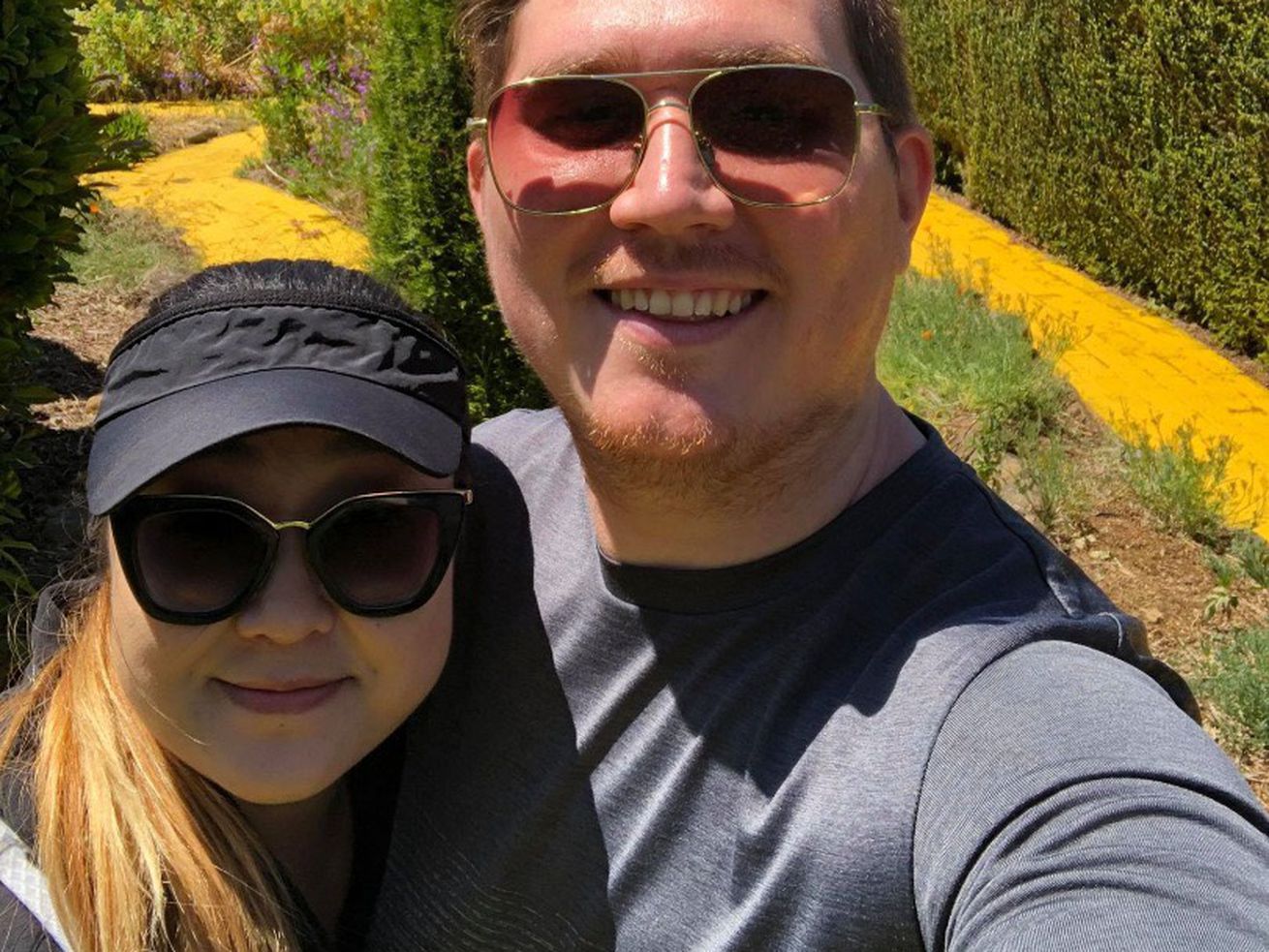 Xiner Xin and Sheldon Lahra visit Ausralia’s Mt. Roland in December 2019 — the last time they were together. | Courtesy of Sheldon Lahra

Across two continents, an engaged couple navigates a long-distance relationship complicated by the pandemic.

He can’t wait to see her, even on a screen. There’s no afternoon storm today, so sunlight shines off the coconut palms outside, in 90-degree heat. But here in the house, 20 minutes outside Kuala Lumpur, Malaysia, Sheldon Lahra watches with anticipation. He hasn’t seen his fiancé in months. Not in person, at least.

They shared a place in Sydney, Australia, until work brought him here. Xiner Xin wasn’t ready to leave her own job in student administration at Macquarie University, so she stayed. It was a temporary inconvenience that became a long-distance engagement a few months later. But that was before the coronavirus.

More than 4,000 miles away, Xiner plops down in front of her own laptop. They don’t video chat as often as they’d like. When they do, the conversation turns to anxiety, to uncertainty. “I wish we knew when this was going to be over,” Xiner says. “I wish we knew when we could have our next holiday together.”

It’s Easter Sunday, and Sheldon is sharing the laptop with his family. The pandemic clouds every interaction, including this Zoom call with the rest of his family. It’s difficult to catch someone’s eye when you’re looking at a camera, but he and Xiner smile at each other, together yet apart.

“When will I be able to get on a plane and fly across back home to Australia and actually spend some time with you?” he wonders.

They met in college six years ago and started dating six months later. They lived together in Australia until May 2019, when Sheldon followed a consulting job to Malaysia. They planned to reunite in September.

When they met up in Bali last October, Sheldon surprised her. A string of disastrous accidents and bad luck forced tall, red-headed Sheldon to wait until the very last minute, after a one-hour spa session that left them both greasy and tired, to take her to a cliff’s edge carrying an empty backpack. Dulled by painkillers following a motorbike accident, Xiner didn’t suspect a thing. He made the big ask, and she said yes.

They planned to get married in Australia — Sheldon’s native country — and then Xiner would move. “And of course now,” Sheldon says, “it’s kind of up to coronavirus.”

January became who knows when.

Normally, Easter would mean a trip to Tasmania, where Sheldon’s family keeps a home. They’d play games and have cookouts. Xiner would come too, and they’d spend a few days together before her birthday a few days after that. Those are the moments they long for, that they miss most.

But when the distance weighs down on them, they can look to their arms for reassurance. Right in the bend each bears half an anthropomorphic avocado, smiling and waving at each other from any distance. They got the tattoos in Bali. “And when I look at it,” Sheldon says, “I definitely think of her. And when she looks at it, she definitely thinks of me.”

Sometimes that reminds them why they’re doing this and transforms impatience into acceptance.

Today, they enjoy a separate but meaningful brunch, along with Sheldon’s aunts and uncles and siblings. Soon people start dropping off. Only Sheldon, his parents, his sisters and their partners, and Xiner remain. For five hours, they play online board games, like they would have in Tasmania. “That was,” Sheldon says later, “ probably the most fun I’ve had while we were in lockdown.”